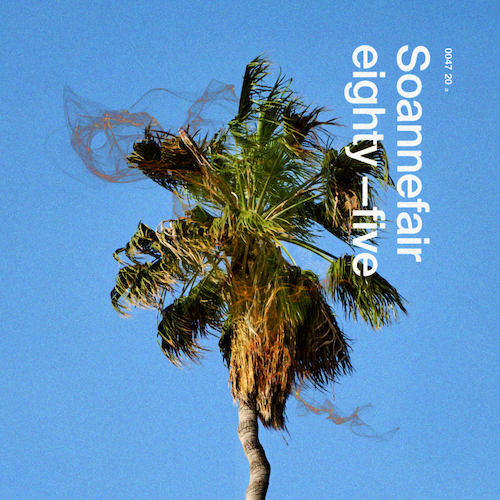 SOANNEFAIR began in 2017 as a music project by Anna Lefka. Serving as an alter ego, her music expresses a combination of both sonic and aesthetic aspects of her versatile personality. “Eighty-five” is, in fact, Anna’s first conscious attempt to bring her conceptual aesthetic into recorded form. From the very beginning, the project took form as a whole with the tracks being written, recorded, and produced one after the other via a natural flow at her home in Athens, within a period of four days.

The debut EP touches on themes revolving family and reevaluating states. Her lyrics carry themes of romantic love and spirituality, believing all forms of love dwell between both spiritual and physical form, complimenting all things of light and darkness in the world.